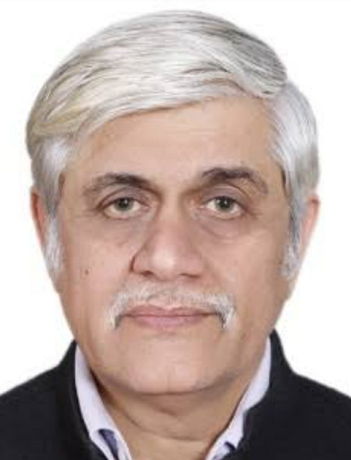 Mr. Pankaj Batra is currently working as the Project Director, South Asia Regional Initiative for Energy Integration (SARI/EI) at Integrated Research and Action for Development (IRADe).  In his current role, he is responsible for spearheading the SARI/EI program and ensuring attainment of its objectives of promoting integration of Energy Systems and enhancing Cross-Border Energy Trade among the South Asian countries.

Mr. Batra is considered as a thought leader in the power industry in India, with more than 35 years of experience across several key positions. Prior to this assignment, Mr. Batra served as the Chairperson and CEO of the Central Electricity Authority, responsible for overall development of the Indian power system including Hydro, Thermal and Renewable Power as well as the Transmission & Distribution System of the country. He was also Member (Planning) and ex-officio Additional Secretary to the Government of India and oversaw various policy and planning functions, including Electric Power Survey Report on long term demand forecasting, National Electricity Plan on generation planning, coal and gas supply to power stations, renewable sources of energy, etc.

Mr. Batra has earlier worked as Chief (Engineering) in Central Electricity Regulatory Commission where he made many Regulations, as Executive Engineer (Electrical) in a hydro power plant, Chukha Hydro Power Corporation in Bhutan, where he was responsible for operation and maintenance of Power House, Switchyard and Dam and later of the transmission and distribution system in Bhutan, and also as System Operator with the Western Regional Load Despatch Centre. He has served as Chairman of many Task Forces across all aspects of the power sector.

Mr. Batra is currently the Chairperson of Working Group 4 on “Policy, Regulation and Business Models” in the India Smart Grid Forum. He is also Chairperson of the BIS Committee of LITD 10 – “Power System Control and Associated Communication”. He is Chairperson of the BIS Committee ETD-52, for making technical Standards on Grid Scale Storage. He is also an invited expert by Niti Aayog for preparation of Working paper on Energy Sector-2035 as a part of Vision Document 2047. He is also an invited Member of the Core Group of India Energy Transformation Platform.