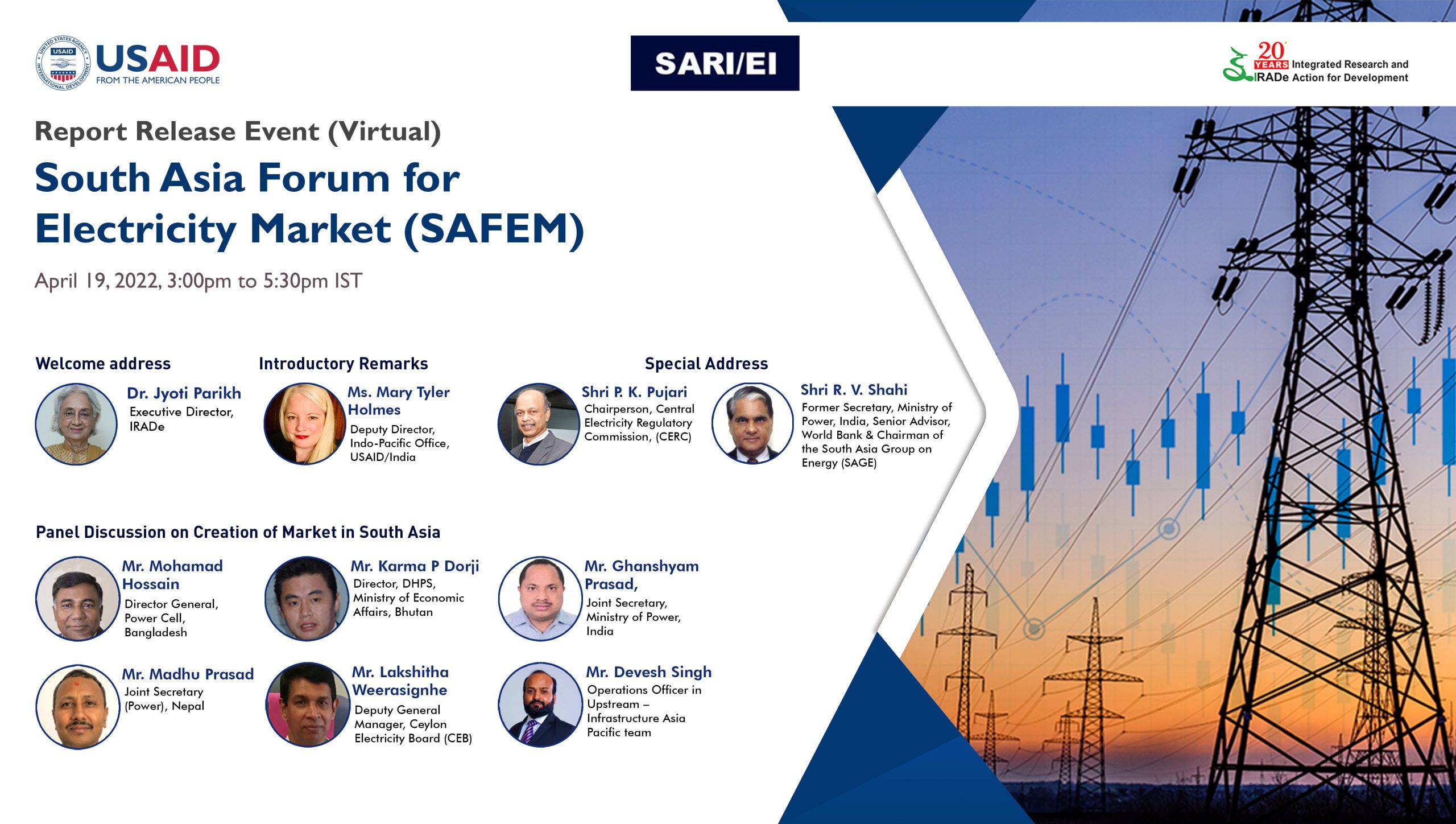 This Webinar was organized for the release of the strategy paper on “Creation of South Asia Forum for Energy Market” by USAID’s South Asia Regional Initiative for Energy Integration (SARI/EI) program, currently being implemented by IRADe.

This strategic paper focuses on formulating a regional market body/forum/entity in the region which can facilitate regional electricity market development and creation. A Panel discussion on creation of energy market was also organized during the webinar.

Speakers for this Webinar were –

During the panel discussion following questions were addressed by the panellist
1.Major issues which are holding back the cross border energy trade.
2. How hydro and solar potential of the region can be utilized
3. What all challenges can be foreseen in creation of South Asia Forum for Energy Market.
4 .How do they the way forward for grid integration in the region.