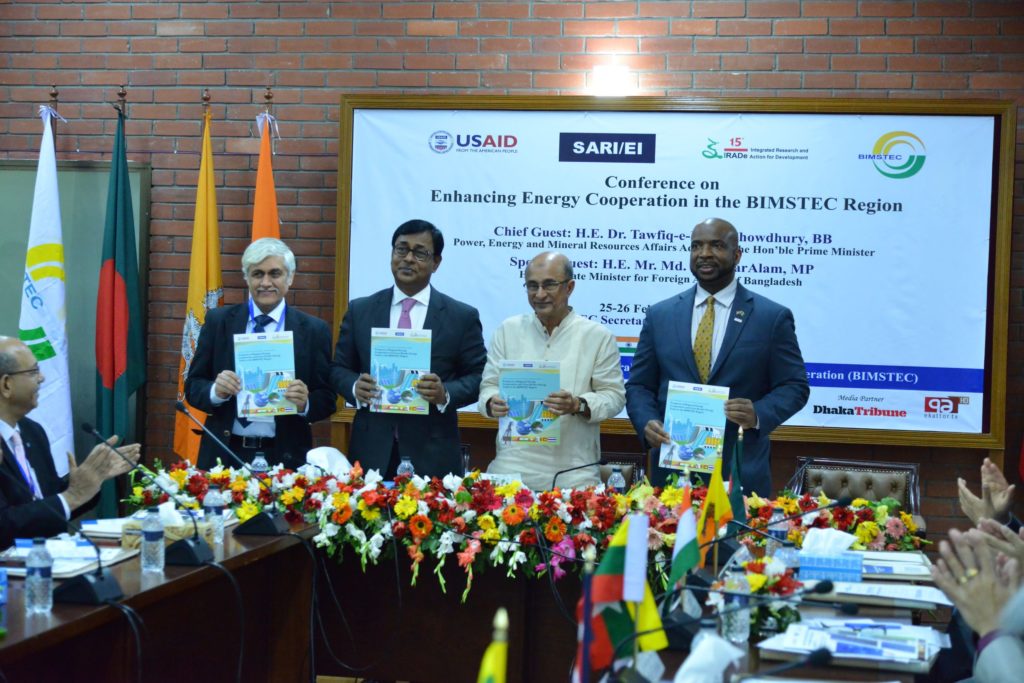 Integrated Research and Action for Development (IRADe), under USAID’s SARI/EI program, organized Conference on “Enhancing Energy Cooperation in the BIMSTEC Region”, on 25-26 February, 2020, at the BIMSTEC Secretariat, Dhaka, Bangladesh.

In its current phase, the SARI/EI program aims to expand its coverage to the BIMSTEC region i.e. Bangladesh, Bhutan, India, Nepal, Sri Lanka Myanmar and Thailand. In 2018, BIMSTEC signed an MOU for Establishment of the BIMSTEC Grid Interconnection to facilitate electricity trade among the member countries by putting in place a region-wide grid. SARI/EI has expressed its readiness to support BIMSTEC in the implementation of the BIMSTEC Grid Interconnection.

SARI/EI and BIMSTEC organized the conference on “Enhancing Energy Cooperation in the BIMSTEC Region” to facilitate the efforts in achieving their common goal of promoting regional energy cooperation and advancing cross border energy trade in the region. The Conference helped create awareness among stakeholders for accelerated regional energy cooperation and improved cross border energy trade in the region. It is expected to help take forward the implementation of various articles of the MoU for establishment of the BIMSTEC Grid Interconnection and in forging a partnership among various stakeholders. Participants from government, diplomatic community, think tanks, academia, business and media attended the event.

A long standing program of USAID, the SARI/EI (South Asia Regional Initiative for Energy Integration) program aims to enhance energy security in South Asia, by promoting cross-border electricity trade, not only within South Asia, but also beyond South Asia, in its fourth and current phase (2012-2022).